A Future of Electric Vehicles with Unlimited Range 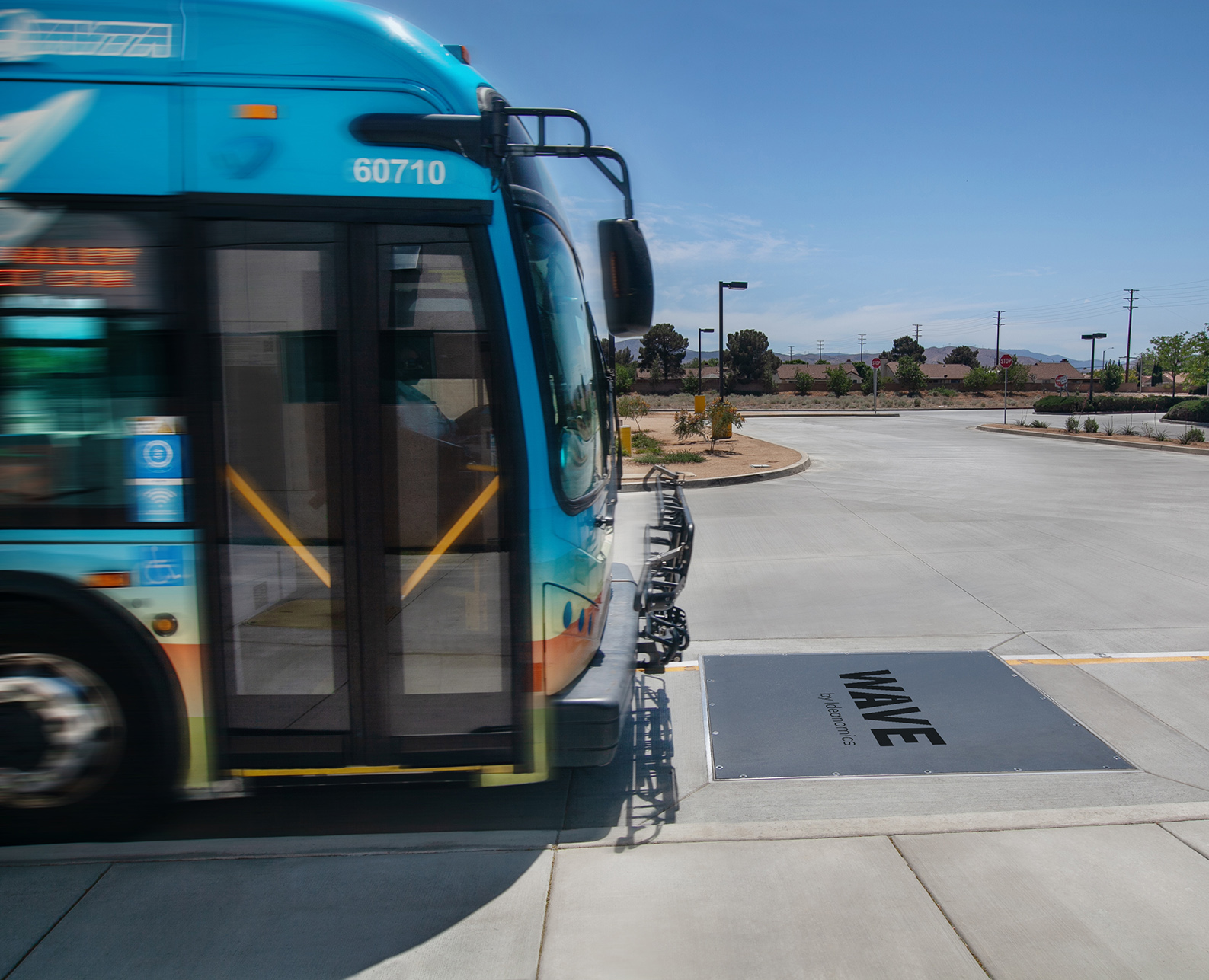 Today, emissions from diesel-powered vehicles have become a worldwide concern. The demand to reduce emissions has driven an increased interest in vehicles powered by alternative propulsion. Electric buses are the popular option for cities as public transportation plays an integral role in environmental sustainability. An electric bus operation improves air quality, noise reduction, and total cost of ownership is far less than polluting alternatives.

Through experience and the accumulation of data, WAVE has found its systems capable of maintaining electric bus operations without making a single change to existing bus schedules. Daily routes, totaling more than 200 miles, provide ample opportunities for a five-minute charge at a bus transfer center. In-route charging allows electric vehicles to extend their operational range and increase overall battery life. WAVE’s wireless chargers allow AVTA’s fleet to operate in a charge-neutral scenario, which means the WAVE’s wireless charger puts back as much energy as it was consumed on the previous route segment. As a result, the buses never lose their charge. Its charging technology alleviates common concerns about electric vehicle ownership, including safety, convenience, and range anxiety.

The WAVE technology has successfully undergone multiple rigorous commercial deployments throughout the country. At Contra Costa Transit Authority (CCCTA), eight Gillig battery electric buses run in a charge-neutral scenario, where a brief stop at the Walnut Creek BART station in-route chargers replenish all of the energy consumed during the previous lap around town. The only net charge depletion is during the deadhead from Concord to WC BART where it starts the morning route. Thereafter, the charge remains neutral throughout the day, keeping the batteries charged in the SOC sweet spot, and then returning back to the bus depot at the end of the day for a brief top-off charge. The reality is that, this entire route could actually be done without ever plugging in a vehicle!